Leverkusen is coming off a high-scoring victory as last week, even if it did not catch a great performance, of Freiburg away from home with 1-0. He scored the only goal of the match in the 54th minute and then he managed the match perfectly and took the three-pointer without being threatened. With this victory he reached 56 points and is at 5η position of the score. In fact, after yesterday's defeat of Gladbach at the headquarters of Freiburg, today they have the opportunity to overtake it in the standings and climb to the top four.

Bayern, as expected, did not encounter any difficulties against Fortuna Dσελsseldorf and reached an easy 5-0 victory. By the 52nd minute, he had set the score and then turned, but he still had the chance to score more goals. So he took another step towards winning the title as he reached 67 points, 7 more than 2η Dortmund is now waiting for the mathematical conquest of the title.

Leverkusen has great motivation as with a victory it will come closer to the four and the groups of the Champions League. Of course, this does not mean that Bayern will be indifferent and will not chase victory. Both teams are in good shape, have great quality midfield and can give us a match with goals and spectacle.

Suggestion: Leverkusen - Bayern Over 3,5 goals with an odds of 1,80 Stoiximan 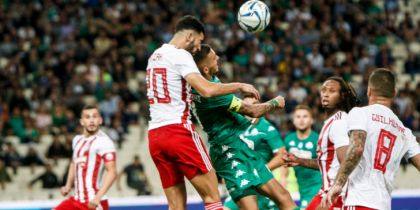