Eintracht took a big win in the middle of the week in Bremen against Werder with 3-0 and made a decisive step in their stay in the category. In the first part, she placed special emphasis on defense, as in the previous matches she had conceded many goals, in the replay she managed to open the scoring and finally in the last ten minutes she gave dimensions of triumph to her victory. Second consecutive victory for Eintracht in the championship, reached 35 points that raised it to 11η position of the score, plus 7 of the last three.

Mainz failed last week and lost 1-0 at home to Hoffenheim. She was timidly aggressive, unable to make phases in the opponent's home and conceding the only goal of the match at 43΄ and was never able to find an answer. That was 5ο match that stays away from victory with the result that it remains in the last positions of the score and specifically in 15η with 28 points.

Eintracht seems to be on the rise as it comes from two consecutive victories and has the first say today. For its part, Mainz has not won since the resumption of the championship and is seeing the tight end in the case. My choice is the victory of the hosts in combination with the many goals. 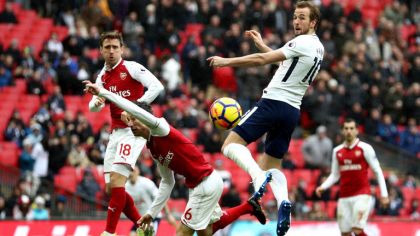 Daily predictions and top games with 0% rake!
The Super League play offs give us two big games tonight, Panathinaikos - AEK (20:00) and Olympiakos - PAOK (21:45). The first, Athenian derby, is predicted to be exciting, as the ... Read more