The Turkish championship starts again after almost 2 months. Theoretically and practically it was impossible to close the season like that. I have written their reasons in the forum and you can see here

All races are closed.

The season for Fenerbahce did not start well as one expected the slogan was to win the title but the performance of the players was not enough to achieve this. There may still be hopes in theory but in practice let us be advantages this is not possible and let there be 8 games.

In the last match of the championship with Coniaspor, they lost 1-0 away from home and the performance they showed on the pitch was sad. A team without rhythm, without appetite, and to imagine that Konyaspor was ahead in 41 and from 76 it was playing with 9 players. Tragic things. He may have scored 10 goals in the end nor did he find a goal while he also had 72% possession in the match but that doesn't fool you because he was offensively non-existent.

Kaiserspor have made changes to the position of female president-elect for the first time in the Super League, bringing a familiar Prosinecki to the bench and fighting to stay in the category. Before the break, they beat Malatyaspor 2-1 and are running one series in the last 6 games, regardless of home, counting 3 wins, 2 draws and 1 loss.

Let's not be fooled, it is not possible, at least for me, Fenerbahce that we saw Barcelona become and play the ballerina of its life after the break, the title has "gone" goal is the Cup where it plays the replay on June 16, while Kaiserspor "spit blood" each match to reach the rest from the last position of the scoreboard. We choose the double in Asian handicap. In case Fenerbahce wins with 2 goals difference we lose half the bet, in any other result in a draw or a double we win 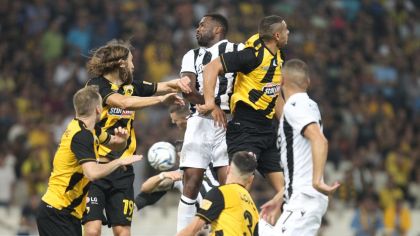