Euroleague: Official OAKA and SEF candidates for "restart" and Final-8 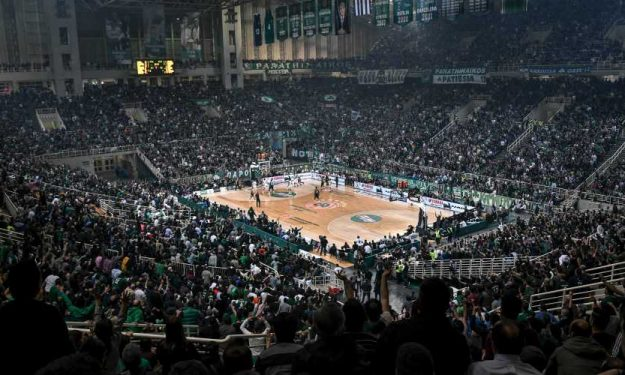 The Euroleague has officially asked OAKA and SEF to organize the "restart" of the event and the final-8 in July, including Athens in the three main candidate cities!

According to novasports.gr and confirmed by Eurohoops with its own source, the Euroleague has qualified the solutions of Athens, Belgrade and Lithuania in Kaunas, as MundoDeportivo writes.

According to Eurohoops, there is also the idea of ​​Cologne, the city that would host the final four this year.

The Euroleague requested in a document from the administrations of the two largest indoor stadiums in Greece information on their availability. We are definitely waiting for the announcements (30/4) for sports in our country by Lefteris Avgenakis and whether the closed spaces will be available based on a government directive and regardless of the presence of spectators.

The Euroleague plan says that between July 4-26, the last six games of the regular season will take place and immediately after the final-8, always "behind closed doors".

In addition, the report says that similar documents were sent to the administrations of the stadiums of Maroussi and Peristeri to be used as training centers, due to their proximity to OAKA and SEF respectively.

We are waiting for the decisions of the Greek government regarding the pandemic and the control of the corona in our country, which will respectively affect the movements of the Euroleague in this direction. Respectively, he will assess the situation in Lithuania, Serbia and Germany, respectively, and will judge accordingly whether the season can continue in one of the four countries.