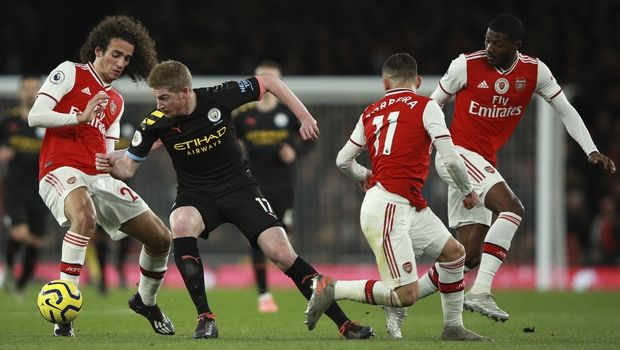 As soon as it became known to Olympiacos and Nottingham owner Vangelis Marinakis that he had been infected with the coronavirus, the Arsenal people wanted to take the necessary steps to make sure no one from the team was infected with the virus, as some days, in the midst of clashes, several of the team had come into contact with Olympiacos' strong man.

The English were investigating the case and saw that there were eventually many who had contacted Vangelis Marinakis in the two-team match in London 13 days ago and decided to start examining the players.

As a result, today's showdown with Manchester City for the Premier League is postponed.

The president has achieved his goal. It also affects the development of the English league.
Reactions: JordanRules
You need to login or register to reply here.
Common use:
Facebook Twitter Reddit Pinterest Tumblr WhatsApp Email Common use Link