There is great interest from both domestic and international companies to obtain online betting licenses, with the process going through the final stages from April 1st.
According to insider.gr, there is a double-digit number of companies, including both global colossuses and domestic "players" who have advanced to enter the final phase of licensing.

According to the timetable, April 1 is a crucial date as the consultation period of the relevant regulation ends and the process of applying for new permanent permits online begins.
This means that for the first time Greece is acquiring a regulated online gambling market, which is changing investor data.
At the same time, the great interest translates into corresponding revenue for the state, which, under the new law, clarifies the market landscape, thus creating the conditions for long-term investment.

What the Regulation provides

Specifically, the Internet Gambling Regulation, entitled "Draft Ministerial Decision on the Establishment of Gambling Regulations and the Regulation of Gambling Technical Specifications (ICT) for the organization and operation of online gambling", stipulates that Internet in Greek territory is permitted under a License granted by the EUPC. The License includes the specific terms of the Games of Gambling, for which it is issued and the obligations of its Holder. There are two types of Licenses:


This means that each company will have to - to be licensed - pay up to € 5 million in excess of the tax it pays on its operation and based on its turnover.

The next steps and the role of the EUPC

With this in mind, from April 1, there will be a clear picture of who is interested in joining the Greek online gaming market. It should be noted that the interest at this stage is not binding and so, as industry executives at insider.gr say, there is a large turnout of companies that will want to know the final terms in order to proceed with the application process. According to estimates - and depending on the course of the coronavirus - this is expected to happen sometime in the last quarter of the year and certainly before 31/12 so that the state will receive one in 2020. Given that sports events have "Freeze" at this stage and others have been moved to 2021, with next year expected to be of particular interest to the companies involved.

Throughout this setting, the role of the Games Supervisory and Audit Committee and its chairman, Evangelos Karagrigori, is particularly crucial. This is because, in addition to the licensing process, it is also developing the regulation of the operation and operation of games, which will govern the now regulated market. According to industry representatives at insider.gr, EEEP is currently working nightly - and even in very difficult circumstances due to the current circumstances - in order to have a fully operational gaming regulation ready to protect the interests of the state as soon as possible. but it will also facilitate companies to proceed with licensing procedures.

"... who will also defend the interests of the state"

The interest of the state is the health of the citizens. 35% + 15% of taxes increase the player's money loss by at least double and lead to loss of property and addiction (according to psychologists in another published article).
Reactions: magon, betover and BetLaden 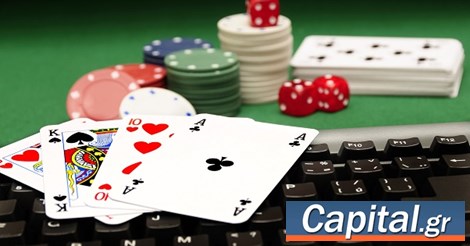 How licensing goes for online gambling

Interest, acquisitions and new partnerships are on the horizon.

Forum Bot: BetLaden has launched a new theme called "Development of table seats in ... Yesterday at 11: 06
Chat 0
Principle Below