The biggest turnover is in online games, followed by agencies and gaming machines.​ 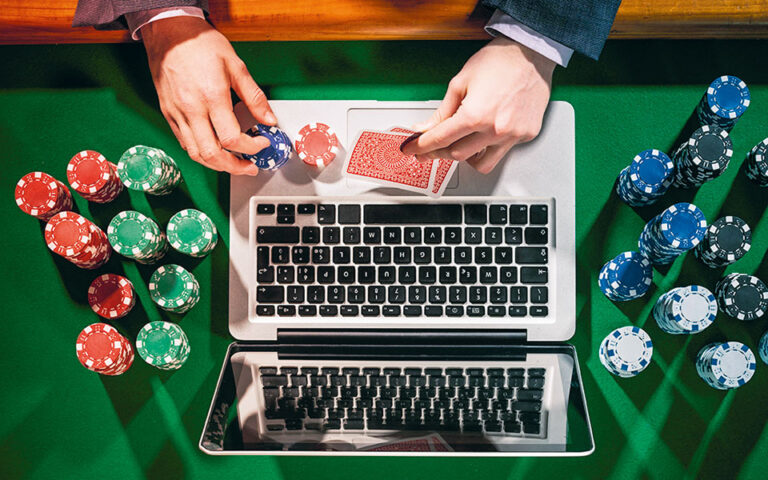 The decrease in revenue caused by the pandemic was more than covered by the industry games of chance, as shown by its data Gaming Supervision and Control Committee (GCC) for this year's nine months. In particular, in relation to 2019, the total gross revenue (GGR – obtained by deducting from the turnover of games of chance the profits attributed) exceeded the levels of the time period January - September 2019, by a percentage of more than 6%, having risen to 1,7, XNUMX billion euros. According to EEEP analysis, the market has balanced out compared to the period before the pandemic.

However, there are unevennesses in the recovery if the individual game categories are considered. Casino revenues in the January-September period are even significantly lower compared to the same period in 2019, having been formed at 135,2 million euros against 191,7 million euros. On the contrary, in online games, GGR has increased by 75% – this year's nine months to 539,2 million euros –, a change that demonstrates the shift to online games, also due to the new habits created by the pandemic. 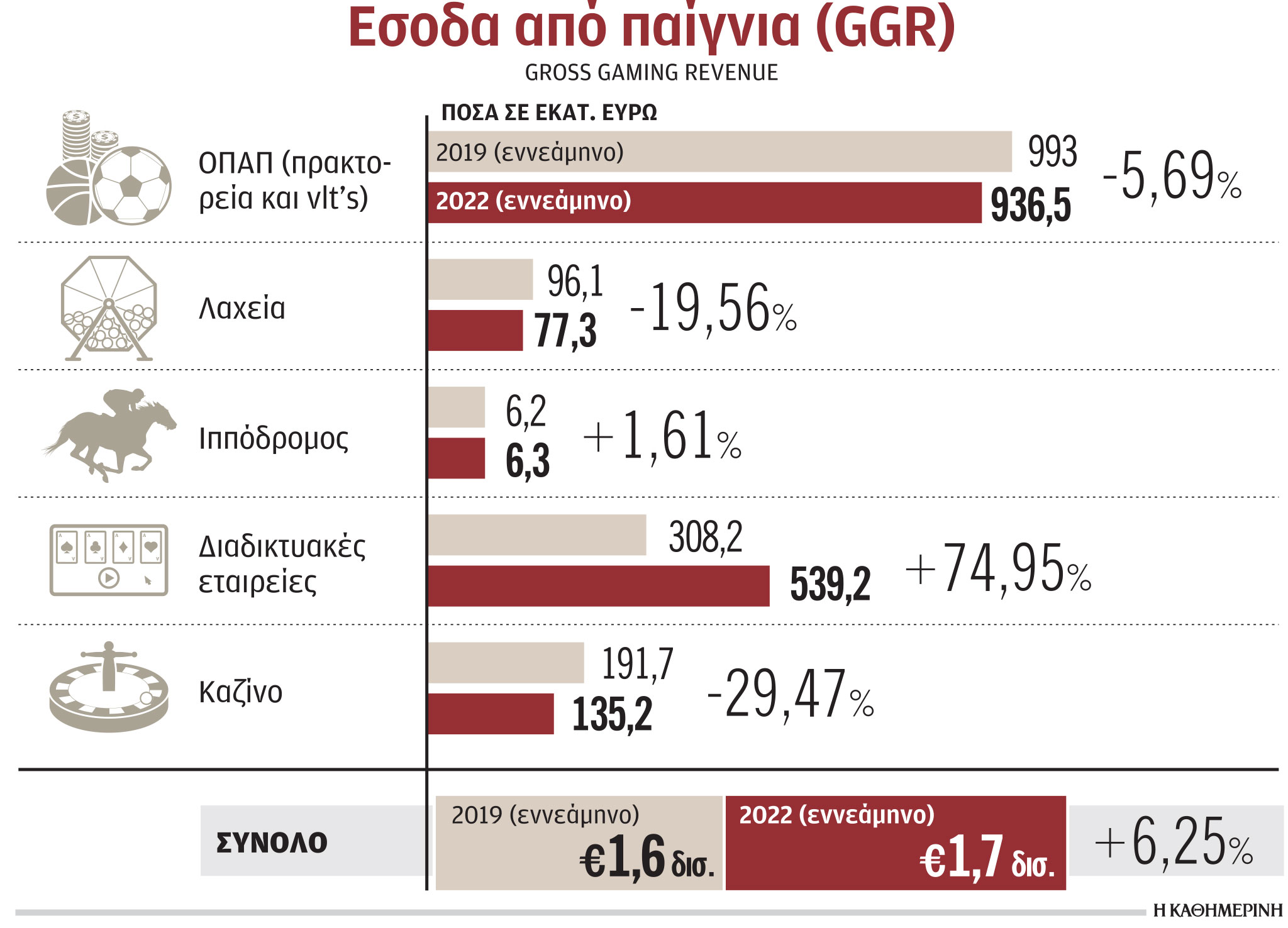 The sector's total turnover (TGR) also showed a significant increase of 77%, reaching 20,2 billion euros during the nine months. This significant change is attributed to the fact that this size includes the amounts won and replayed by the players. From the EEEP data it appears that online games have the largest contribution to TGR (14,7 billion euros), followed by agencies and gaming machines (VLT's) of OPAP with 4,2 billion and land-based casinos with a turnover slightly more from 1 billion euros.

As far as the rights of the State are concerned, they fell by approximately 33%, to 348 million due to the change in the coefficients for the OPAP games that took place in 2020 following a contractual commitment by the State. "This decrease could not be compensated despite the significant increase in rights resulting from online games", as reported by the EEEP. Indicatively, the rights from online games amounted to 188,7 million euros in this year's nine months, having increased by 74,4%, compared to the corresponding period of 2019.

Also due to changes (n. 4949/2022) in the tax base and tax rates (more slips are taxed at lower rates), the players' profit tax more than doubled, amounting to 169 million euros from 77 million euros.
The data on the revenues of the gambling sector is expected to change after the start of the European Lotto (Eurojackpot), with the Ministry of Finance having recently granted the relevant license to OPAP. Greece becomes the 19th European country to participate in the European Lotto, which costs 2 euros per column. The goal of the game is for the players to find 50 winning numbers out of a total of 5 numbers, as well as two more out of a total of 12. The price for the entire duration of the license amounted to 1 million euros, while the State participates in the revenue with 30% of OPAP's gross profit.