Government intervention: Law changes, Xanthi and PAOK do not fall! 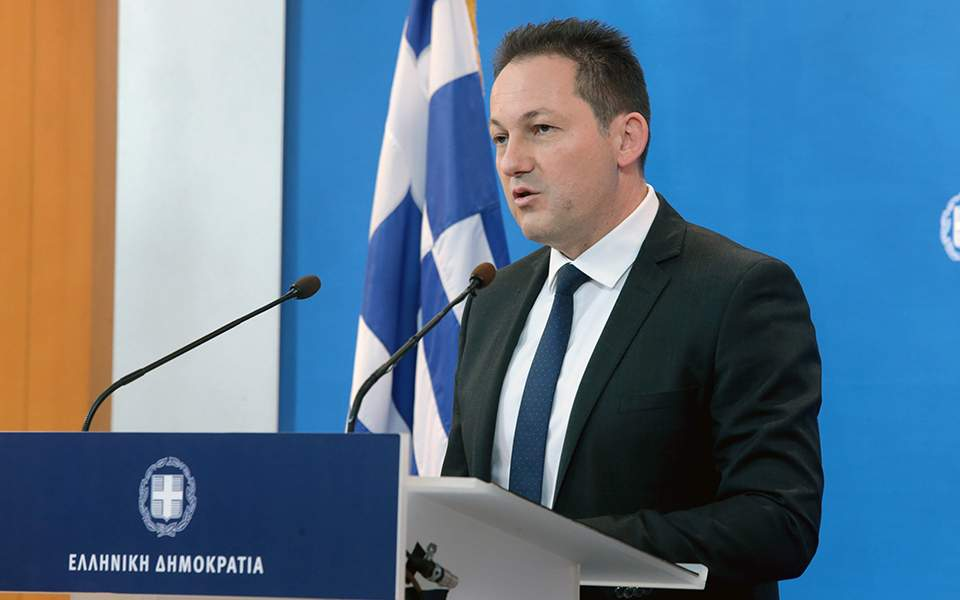 The government is extinguishing the fires for PAOK and Xanthi by the findings of the Committee on Sports, as government spokesman Stelios Petsas said there would be legislative intervention within the day to avoid the death sentences for the teams. This means that the two groups will not be relegated to the categories assigned to them by the ESA.

"In the course of the day, wait for a relevant provision to be made that no such penalties such as relegation to matters such as those raised by the Committee on Professional Sport will be submitted. It's a subject you'll be able to see before the afternoon. Mr. Avgenakis enjoys the confidence of the Prime Minister »

On an island in the ocean, on a deserted peak

He ate Zagoraki anyway. It was a pity the PAOK had a job in Europe and lost it

With a case you do not hear the rationale behind the decision, it made them all run. The amazing thing is that no one talks anymore about whether PAOK is atrocious but whether the punishment should be reduced or not and if the law is to be changed

The instruments have started ... Iraklis and Aris have already issued an announcement for the "favored" PAOK ... That was the goal .. to make us favored, to disgrace us and at the same time to pass the order that tomorrow will save the OSFP that really is for demotion ..
Reactions: kosdpthess

It is more likely that all this theater was organized with the penalties because the trials for the uprising began in a few days and Marinakis was also indicted.

First you kill an innocent ...

Then you appear above ..... you change the downgrade penalty to a smaller one (eg subtraction)

Then give the championship to your piggy bank ON THE PAPERS ..... imposing the least penalty of removing innocent points

After you shake your finger at the innocent saying ..... don't complain, instead of falling, you escaped with a simple subtraction ...

Close the bourgeoisie to the State.
What we want is the Laws, since they are paperwork.
Reactions: animusbet, georgesv53, FunBet and 2 others

Will you divide Greece into two verticals or horizontal?

Ertzan said:
Will you divide Greece into two verticals or horizontal?


Sent from my iPhone using Tapatalk
Click to expand ...

In the 80% that are LUMBLOCKS, LUNGS AND CHANGING POSITIONS ...

And in the 20% who have Dignity, Morality and Principles ..... and expect nothing from anyone but themselves ....

All the rest are radishes for appetite .....

Really you will belong now that I think about it? Thessaloniki or Athens;

"
To all the amazing Greek sports fans from the Greek government's intervention in the PAOK and Xanthi case.
1. In the distant 1992, the father of the current Prime Minister and the then competent Minister, Stefanos Manos, with a special legislative provision "extinguish" debts of 9 billion. from the over-indebted Olympiakos and leave him 2 billion. in a decade to repay. Public thanks to the then president of the red and whites.
2. Several years later the Greek State shines through its absence from the trial of PAE AEK and thus the yellow-blacks enter Article 44 and survive, even temporarily.
3. Two summers ago, a first-degree scandal took place to save Panathinaikos from falling into a night of changing laws.

In the interim of all the above many CEE and PAE exploiting the loopholes of law or photographic provisions saved the lot of its existence. Indicatively I mention KAE PAOK, ARIS, IRAKLI, PANIONIO and PAE ARIS, PANIONIO etc.
After all the above, please look for the sinless one to throw his stone .... "


I saw it somewhere .... I liked it and told to share it with you
Reactions: nicolas and FunBet

I see that PAOK came down in a very short time, what was supposed to be a fight.

Eventually it will actually split Greece into two, as Olympiacos had until recently.
Reactions: BetLaden, animusbet and grace_kelly

FunBet said:
I see that PAOK came down in a very short time, what was supposed to be a fight.

Eventually it will actually split Greece into two, as Olympiacos had until recently.
Click to expand ...

'' People generally judge more than phenomena rather than reality ... because vision belongs to everyone ... while perception to a few. ''

nicolas said:
'' People generally judge more than phenomena rather than reality ... because vision belongs to everyone ... while perception to a few. ''

You can continue to believe that the yoke is wrong.
It's your right.

FunBet said:
I see that PAOK came down in a very short time, what was supposed to be a fight.

Eventually it will actually split Greece into two, as Olympiacos had until recently.
Click to expand ...

Which Greece is Thessaloniki divided here we say PAOK vs IRAKLIS-ARIS
Reactions: FunBet

Ertzan said:
Which Greece is Thessaloniki divided here we say PAOK vs IRAKLIS-ARIS
Click to expand ...

FunBet said:
You can continue to believe that the yoke is wrong.
It's your right.
Click to expand ...

And to cheer a little