Plot for Dhoko or Chelsea ...

After you stop sucking on the candy of arbitration and injustice you are on the right track ...
Reactions: MAN7

From Olympiacos and Chelsea's ... rumored interest, he ended up transcribing there after six years and rejoicing!

Luis Diogo has made a move to Thailand after tragic mistakes in his career and a failed pass from Brazil.

After his passing of Flamengo, Santos, Portuguesa and Palmeiras where he scored all 6 goals in an 59 league match, the 27-year striker will look for his luck in a championship that unfortunately we will not have news of ...

Specifically, the Brazilian soccer player will play in Thailand with Buriram United jersey!

Don't miss this one too! From the laundry the Tawlarid shirt? (PHOTO) 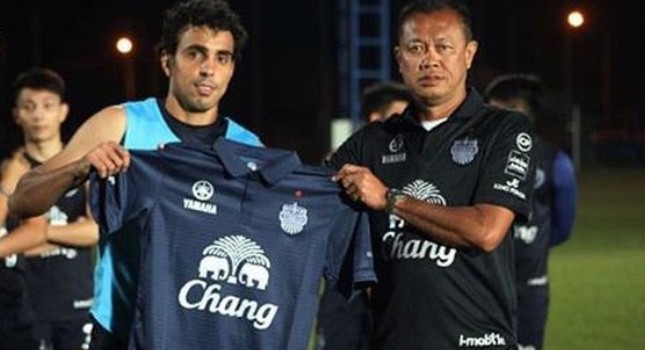 The frost came to Greece, the coats reappeared ......

The colors are the same as Chelsea
Reactions: nikitas, Larry and McLaren17