Voted: Which country will win the 2018 World Cup?

Two and ... today! We count back to the start of the biggest football tournament and Infobeto has created a Poll for World 2018 winner to be held in Russia.

With innumerable bets, such as the pair of the final, the country that will accept most cards, the team that will receive the fewest or most goals and with hundreds of other options, the Stoiximan.gr brings the start of the top football event even closer!


Traditional forces are preparing for Russia with a dream of conquest, while the underdogs expect great surprises as we have seen many times in the past.


Forecasts and analyzes many! The details of judging games or even the outcome of the tournament, even more.

In the Infographic that follows we see some of them: 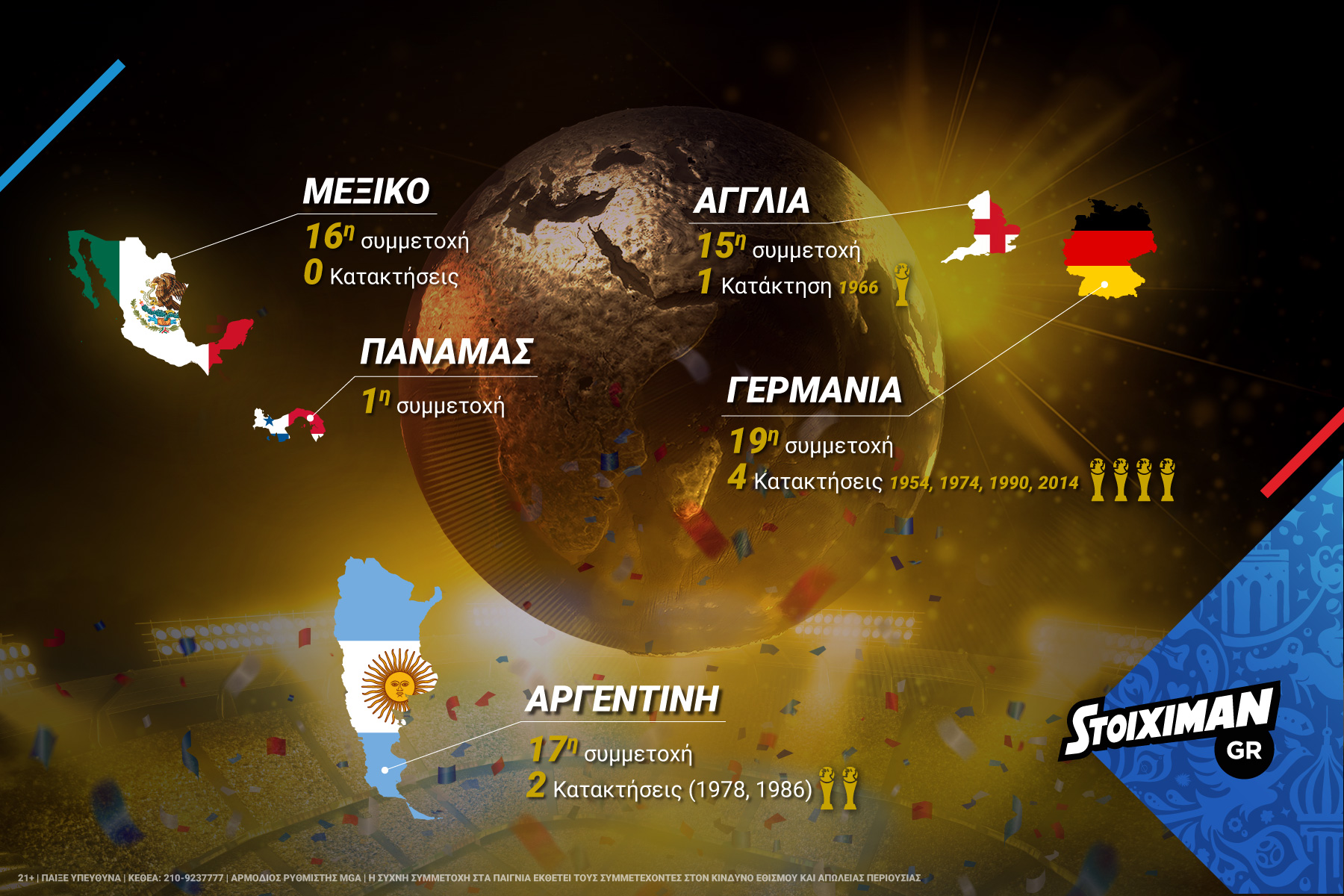 
This year, 21 is the organization and in all previous triumphant countries from Europe or South America.


The possibility of having a winner to win all the games is offered by Stoiximan.gr together with a wealth of choices such as the best team from each continent, the quadruple of the semifinals and the phase that will be excluded!


For many, among the favorites is Argentina, which, although not convinced in the qualifying stage, wants to do what 2014 could not do. To celebrate the conquest. With only 19 goals in the qualifying, however, will definitely need better performances if he wants to get to the final one again.


At the same time, intense thrills are traditionally offered and outsiders with Panama participating for the first time (like Iceland) and winning even a single win in the Clubs is given by Stoiximan.gr in Excellent Performance!
Reactions: giannisthegreek, THE FOX, animusbet and 1 even a user
You need to login or register to reply here.
Common use:
Facebook Twitter Reddit Pinterest Tumblr WhatsApp E-mail Link