Binary options are a very nice way to make a quick profit but it requires knowledge, patience and readiness.
You can make money in seconds but if one does not intend to learn some things better not to bother at all.
In binaries you have to have the patience of a lion who watches for hours a herd of charts and when the target stands out to attack at the right time.
We are not playing one command behind the other here.
Whoever does it was destroyed.
Here you are waiting for a move that will give you in a few minutes the daily wage of up to thousands of euros.
So patience and observation.
So today I will show you my second technique which I work on constantly and it brings me profits.
I called it the scalping tunnel "scalping tunnel".
Scalping is trading that takes place at very low timeframes.
From seconds to half an hour.
The ubiquitous experienced traders say that if you do not have absolute knowledge and you are not a professor do not bother because you will be ruined by scalping ..
I have to say that for some months now I have not found a more beautiful way to make money and in fact easily.
All forex trading tools as well as all chart formations go for scalping.
I say that because there are still pseudo-teachers on the internet who teach top and bottom charts, heads, cups but also Fibonacci tools, triangles, channels, etc. on low schedules, clearly teaching the failure of young traders.
Let's go step by step below to show you the minimal tools I use in scalping.
But I will emphasize that you need knowledge of candlesticks.
That is, you must know individually in each one what is happening but also in their group appearance what they show.
There is an article about candlesticks in here so you can inform as many as you want.
It would also be good for those who are interested to open a demo account to one binary option broker to be trained in practice.
Last edited: 1 Mar 2021 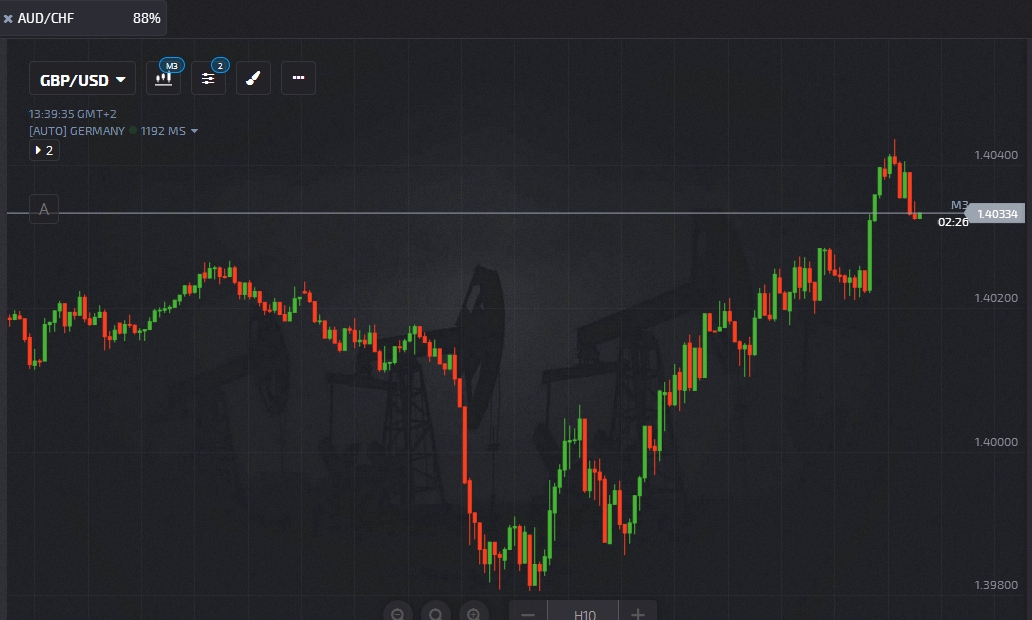 Seeing the above 3 minute diagram many young traders teachers asked the apprentices to place tools on the course to find even they do not know what.
And within half an hour the price has reached the other end of the chart for fun due to speed and they have been placed with money and they are crying.
I have seen dozens of such incidents.
In low times, gentlemen, all the tools and formations are completely useless while the indicators and oscillators make a lot of mistakes leading to wrong entrances.
In the photo we see a useless diagram who sees acrobat on a rope and is ready to fall into the void.
In this useless diagram, then, I apply the bollinger bands without the central line of the KMO and I keep only the two deviations.
My goal is to imprison the price so that it can not get out of nowhere while I can also get supermarket information given by the first zone but also over-sale given by the lower zone.
The diagram is automatically done as below. 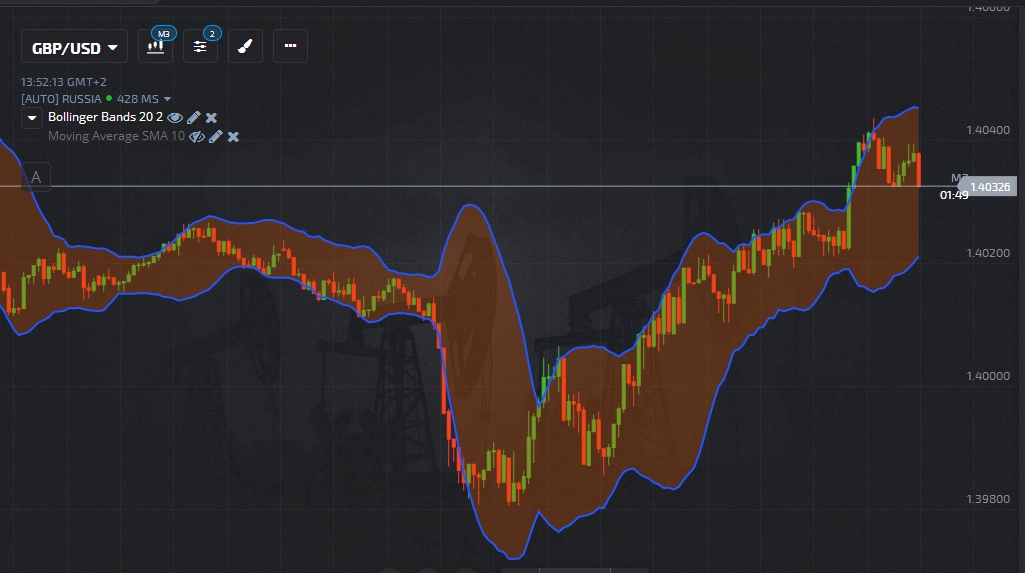 We closed the price in jail and it can not go anywhere while we have unimaginable information such as horizontal tunnels where there is a risk of death for transactions when they are too narrow, such as the price reaction when you drag it on one of the two bollinger zones, knowing of candlesticks we can see what boxes of candlesticks but also what shape of the last candle started a fall or a rise and many other elements. With this tool and with the knowledge of the candles we can open golden positions and in fact with continuous victories.
I will just tell you that lately I made a record 15 series of correct positions which if someone followed with a capital of 100 euros would make a profit of thousands of euros in a few hours.

When I open a command in this strategy, I play each command between 6 and 15 minutes and no more.
Bollinger belts are the cornerstone of this strategy in conjunction with candlesticks and which if trained properly you will get a lot of profits.
Candlesticks are the lifeblood of strategy.
There are articles here from what I saw and if you do not know how they work then it is better not to deal with forex at all.
The candlesticks give us the relentless battle between buyers and sellers at all times while the changes contain the reactions of the market from the financial news and the news.
Here is the second and last weapon of the strategy ..
Reactions: Grim Reaper

But every prison in the world has a sly element inside.
THE ROUFIANS
So even here in our prison we have to put our own ruffian who will give us reports on when the buyers will prevail and when the sellers.
When the bulls and when the bears.
Our ruffian is a fast MOVING AVERAGE of 10 seasons which is fast but also gives false signals.
If the price moves above the ruffian then we have an upward trend.
When the price moves below it we have a negative trend.
You can see in the photo.
When the price breaks the ruffian from the bottom upwards then we have a reversal of the trend from downtrend to uptrend and position for order.
When the price splits the ruffian from top to bottom then from the ascent we have an inverse descent.
The moving average because very fast following the price can give wrong signals or falsehoods.
We neutralize these by letting the price go up or down 1-2 candles in order to verify the trend.
Reactions: Grim Reaper

I increased the duration of the order between 45 minutes and an hour and yesterday I made only 348 euros.
And I say it again.
Loose.
Because simply if you learn to track the platform and learn a couple of things you still lose nothing.
Every day will be profitable.
And I say it clearly and I mean it,
Every day. 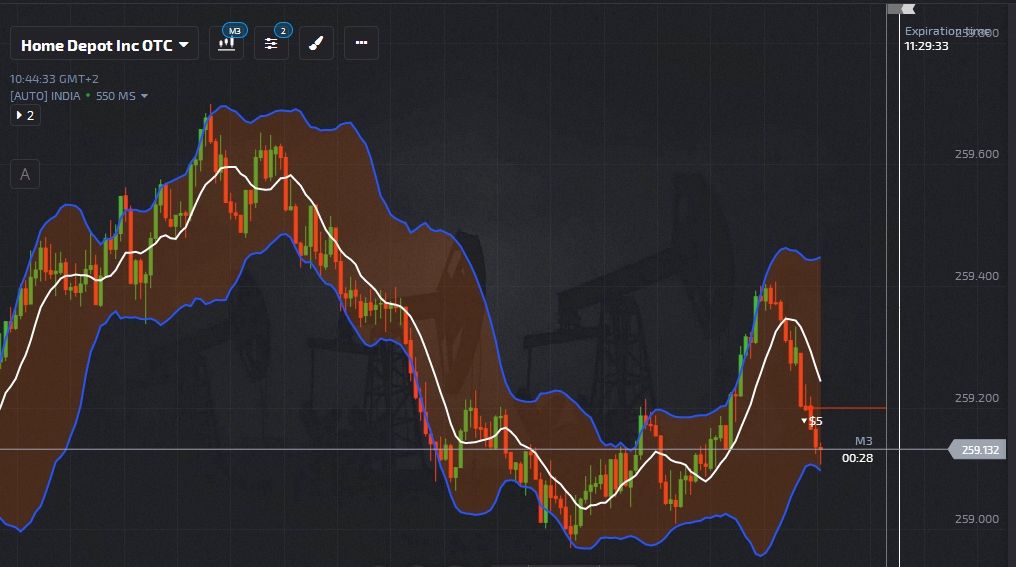 Look here.
We have a downward trend in prison.
The green candles were dragged to the top of the bollinger belt.
It was followed by a fall with red candles but we are on alert there.
A large red candle breaks the moving average and is followed by a falling red candle as a confirmation.
Also the moving average has taken a downward course while the lower belt bollinger has also taken a downward course,
Then I enter the lid with a drop command lasting 45 minutes, ie with 15 dynamic candles.
As you can see from the horizontal red bar I entered, the price has dropped and continues as we have a downward trend.
We are just waiting for the profit to be added to the fund. 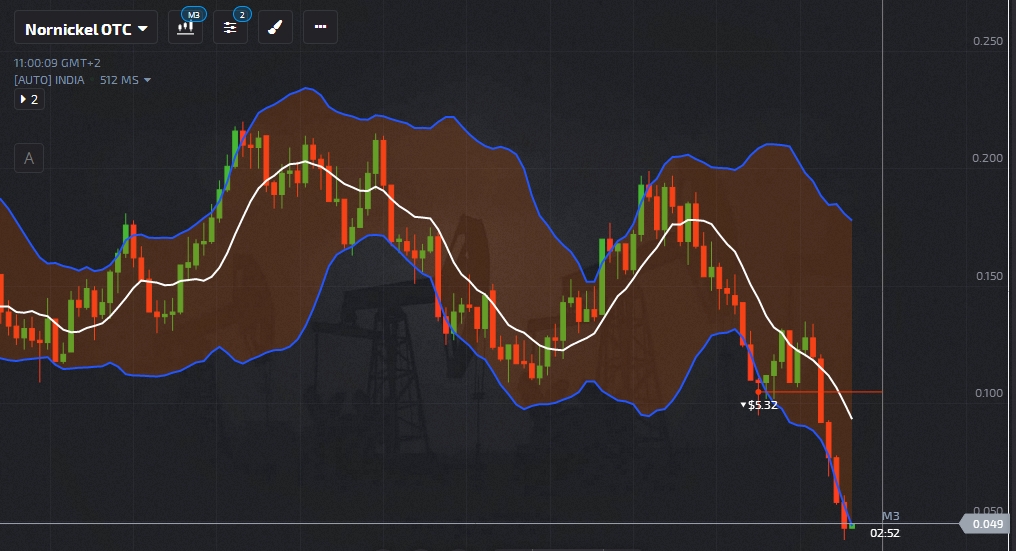 Here I have a new command cap that plays with the same system in another stock.
Fall duration 1 hour, ie 20 candles.
We have exactly the same style as the previous one.
Dragging on the belt.
Fall and disintegration of the MA with a large candle.
Downward course of the MA but also the downward curvature of the lower bollinger belt.
Here I did not catch up and I entered much later where the red horizontal line is.
At that point the buyers made an attack which was literally smashed by the sellers.
Huge drop candles result and obvious victory.

I'm in here to show you how easy it is to make money in minutes.
Do not listen to anyone that it is difficult and that it is very easy to eat your face.
I will tell you this, gentlemen.
IT IS VERY EASY NOT TO EAT YOUR FACE
Just put your mind to work.
Let's go to practice a little while ago. On the left (unfortunately I covered it with the command) we have an ascent and a descent lid type "L". After such a sharp rise, a correction follows.
A big descent begins which I did not catch because I did not see the chart.
As soon as I saw it, however, an alarm sounded.
It saved me one but not a second.
So I set up a crankcase near the top level of the downtrend and I was waiting for a new top level which came.
At that point he does not want to rush.
You set up a cartridge and wait.
When the price reached the top, the belt did not create an angle but left a larger width which I suspected.
Also the falling candles did not leave me satisfied as they did not contain MARIBOZU type candle inside.
The height was great so at some point we would have the sharp fall so I would not miss it with anything.
I was patient.
The price fell but in the bollinger band it found support and started to rise again.
I expected.
When a new fall began a huge MARIBOZU candle appeared which covered its left green candle so I had the first mark.
Immediately the moving average (white line) split and a little further down I placed an order which I marked.
Immediately second MARIBOZU red shows strength of sales.
The buyers went to knock at some point but there the "ruffian" did his job.
The price found resistance on him and the counterattack was destroyed at birth as the green candle turned red.
So a drop and a net profit of $ 23.

Last act for today because it is tedious to keep looking in the charts.
In a little while I will upload today's trades for you to see that if you are patient and hunt hard you will not lose anything.
Let's go with one last act for today. Entrance after a huge MARIBOZU candle and new victory.
We do not lose gentlemen.
With nothing. 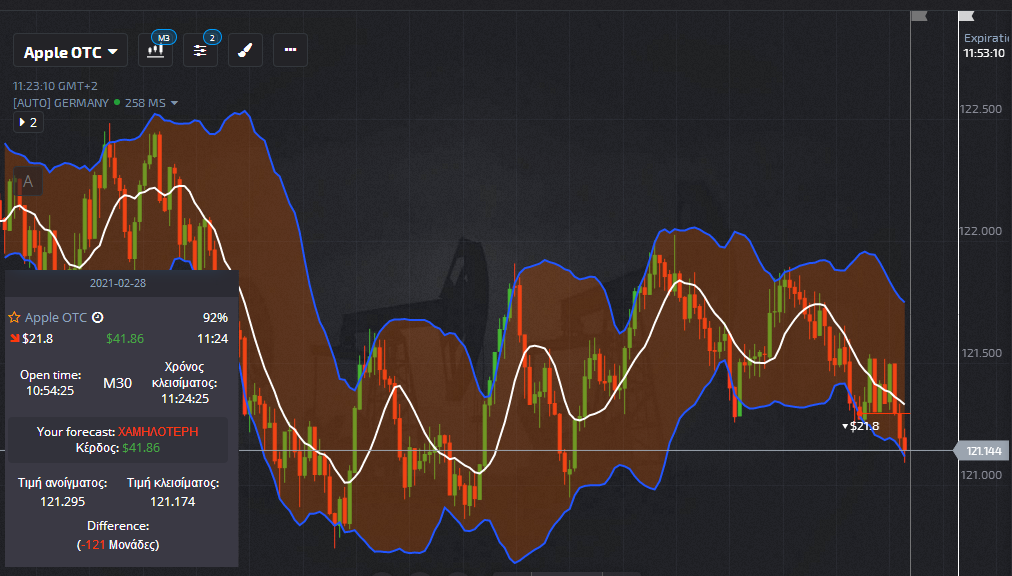 There are also orders that come out in big battles like the one here.
The optical illusion here made me and I entered the moment the red candle was very small.
Wrong because the entrance should be made only with strong candles.
As soon as I entered, the buyers reacted with a large MARIBOZU candle and even breaking the defense line of the moving average.
There a great battle began.
See how many MARIBOZU red and green candles appeared and everything above my purchase line.
Eventually the sellers were stronger and hit the buyers destroying the counterattack and in a few minutes with strong candles I won.

in the last I got confused we see that there is a big body of red maribozu why do you say it was too small? since he had a large body he also broke the bowling belt down 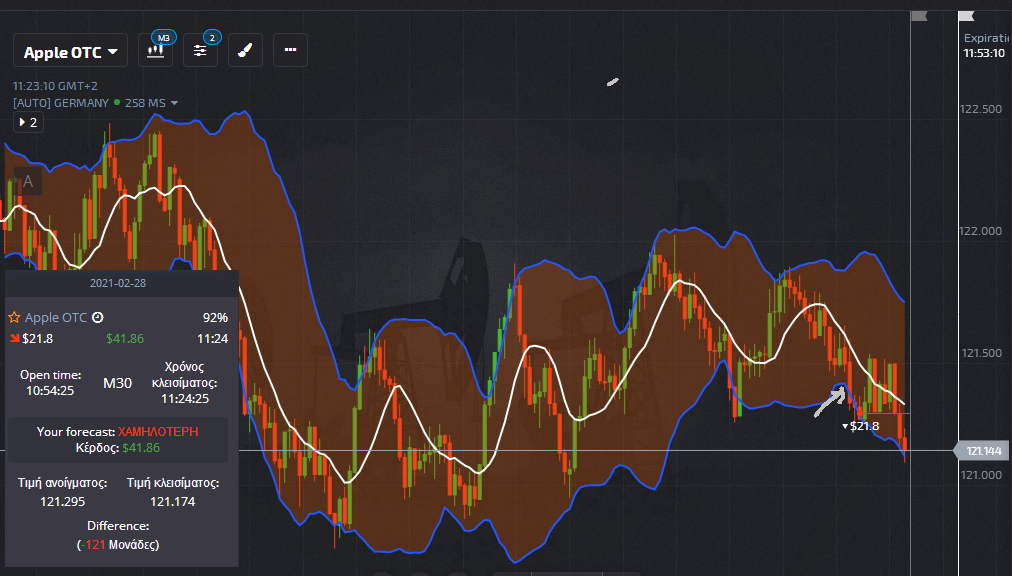 The candle you are showing is not marijuana. It has wicks. When I entered the red dot the first green candle on the right was maribozou but it receded. Always when a strong marijuana candle comes out you expect another of the same color for confirmation. The first gives you 65% success the second almost certain in the near term.
Last edited: 12 Mar 2021

What you are showing is not marijuana. Maribozu has no wicks at all. When a candle has wicks on both sides it means that there are internal fights between buyers and sellers and the winner has not clarified in determining the trend path. For example, in the picture after the marked candle, the trend turned temporarily with green candles
Last edited: 12 Mar 2021
Reactions: vaggosalonika

yes you are right now I zoomed in on the photo and saw it. Let's go to the other questions in the other articles I did
You need to login or register to reply here.
Common use:
Facebook Twitter Reddit Pinterest Tumblr WhatsApp Email Common use Link