Sky Italia: On August 6, the rematch of Olympiacos with Wolves 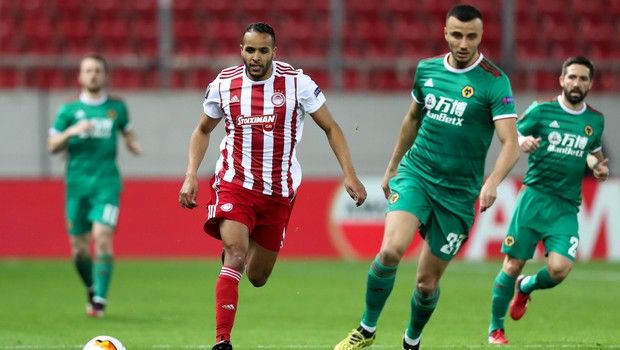 Sky Italia in a report presented the plan that UEFA is considering for the completion of the Champions & Europa League with matches every three days in August. For 6/8 the rematch of Olympiacos with Wolves.

UEFA will be invited this week to successive meetings with its 55 national federation members (Tuesday 21/4), ECA and European Leagues (Wednesday 22/4) and its executive committee (Thursday 23/4) to consider return scenarios. action of both its events with shots and dates.

According to Sky Italia, the plan is to return to the Champions League and Europa League in action in early August - once the national championships have been completed as UEFA has stipulated in its letter - and to complete the tournament matches every three days at the end. month.

The plan is for the action to return to the Europa League on August 2-3 and to take place with the only first matches not played (Sevilla - Roma and Inter - Getafe).

The rematch - including the one between Olympiacos and Wolves in England (1-1 in the first match against G. Karaiskakis) - according to the Italian report, is set for August 6. Following are matches within three days of each other. The first matches of the quarterfinals will be scheduled for August 10, the rematch for the 13th.

According to the report of the Italian network, the return to the Champions League is marked for August 7-8.

The plan is to hold the remaining rematch of the 16th phase on those two days, namely the matches Barcelona - Napoli, Juventus - Lyon, Bayern - Chelsea and Manchester City - Real.

It is recalled that the four rematch have already taken place and Paris Saint-Germain (excluding Dortmund), Atalanta (excluding Valencia), Atletico (excluding Liverpool) and Leipzig (excluding) have qualified for the quarterfinals. And when will holiday players prepare
M

panosgtr4460ab123 said:
And when will holiday players prepare
Click to expand ...

What are they doing now?
S

panosgtr4460ab123 said:
And when will holiday players prepare
Click to expand ...

A way (and) will be found for this. The point is to come back and be safe.
You need to login or register to reply here.
Common use:
Facebook Twitter Reddit Pinterest Tumblr WhatsApp Email Common use Link