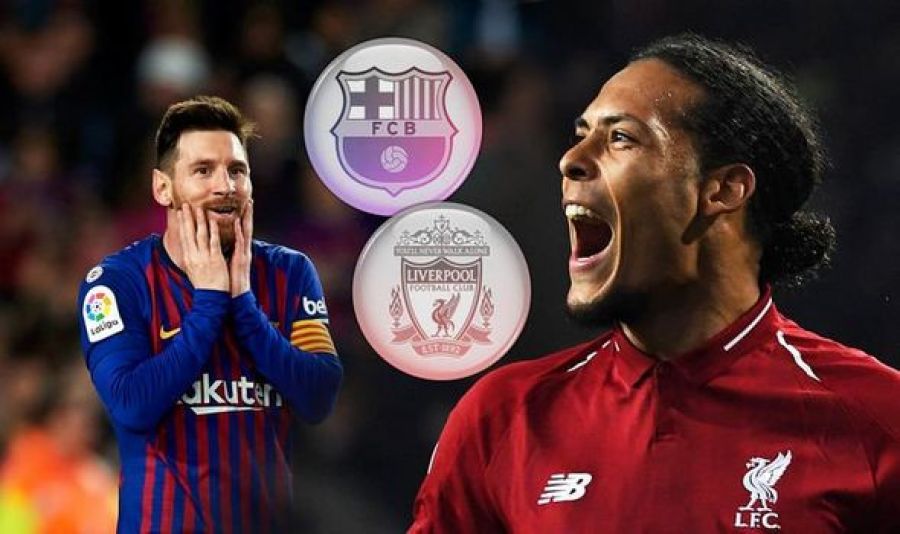 Barcelona - Liverpool: Early Finish with an emphasis on 2.25

The entire football world is waiting for the big semifinal between Barcelona and Liverpool. Two of the biggest teams in the world collide in Barcelona for the Champions League against a backdrop to qualifying in the final of Madrid.

Η Barcelona with the victory over Levante, he also mastered the Spanish championship and is now turning to winning the Champions League, having a high hurdle ahead of her. Her aim is to make the thrumble, with the "Blaugranna" being in the final of "Copa del Rey". Eight consecutive wins at home, with only one last pass in 5 last (for all events). The last time he qualified for the final and won the trophy was four years ago (the 2015) and just the previous four years ago (2011). Barsa runs an amazing undefeated racing game against English teams (8-4-0) *. In the previous round Manchester United (0-1, 3-0) was relatively impeded.

The top European matches are played with great odds, and Pamestoixima.gr makes a unique offer for the "Camp Law" game: Barcelona's Win with 1-0 or 2-1 or 3-1 at amazing odds *!

Η Liverpool is in the Manchester City hunt for the championship, but the Champions League is a great craving. Kokkini is the only team that has won twice at Camp Nou, the last time 2007, but since then the Spaniards have taken ... the English (*) of the English (in general). He arrived here, having excluded Oporto emphatically (3-0, 1-4).

Prediction of the match between Barcelona and Liverpool

Barcelona has always had the lead, but the Spanish Spaniard has begun to take the downhill. At 1,87 now at Pamestoxima.gr, it is up to everyone to include him in his game. An alternative is live when the ace gets a bit over it. We, we will take the half-time draw at 2,25 at Pamestoixima.gr. We do not say no to 1's "Chemical-4,65 final".

PLEASANT RESPONSE. Competent Regulator. Gambling is only allowed to people over the age of 21. Frequent participation involves risks of addiction and loss of property. Support line: 1114