After the cue he received from Altach, Salzburg met racing and prevailed against Sturm. Today he has a difficult exit against Wolfsberg from which he has been defeated in the last two games between the two, and has not beat the last three. This in itself is a challenge, and given the temperamental playing situation in Wolfsberg today it will not be a problem.

Wolfsberg counts just two wins in 14 last games. At the same time Salzburg has eight doubles in its last 12 away games.

Double up, combined with the Over which is offered at 2,05 by Stoiximan. 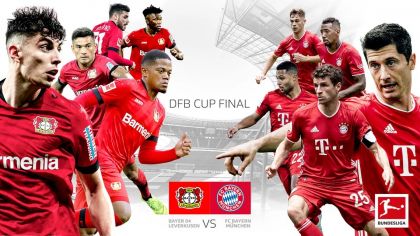 German Super Cup final with 0% rake and bet on 1.75!
Her 30th race Serie A starts this afternoon with the huge derby of the city of Turin, Juventus - Turin. In "Allianz", the hosts "Bianconeri" are looking for another victory that will ... Read more