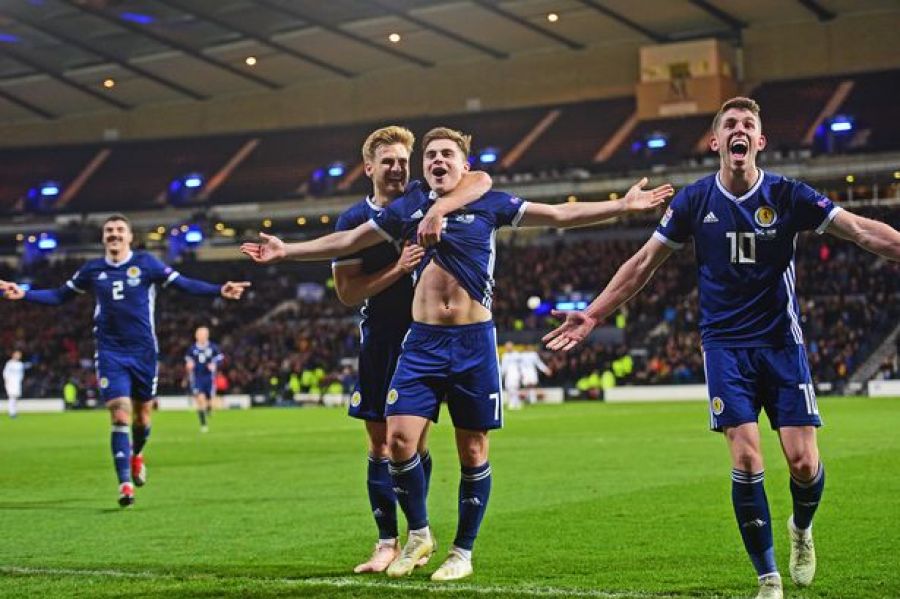 Excellent yesterday's day, h column profitability continued with the absolute of choices (3 / 3) in 1.95, 1.95 and 1.99 odds. In order to continue the positive series, let's look at today's options.

Reminder: Don't forget to like on our facebook page, There where in the most important games we create a post for live betting. Already in the last two games of our national team passed 2 out of the 3 options offered live. See here.

The Scotland - Kazakhstan may be an indifferent scoring game, but the Scots are aiming to close the group with "3 to 3" and the Kazakh barrier is not particularly high. Against Cyprus showed good results, followed by the Nations League (where it will claim its Euro qualification) in a few months and scoring quite easily at home. Many of the Kazakhs' defensive gaps have recently even been conceded by San Marino (!). Our choice is 1 & over1,5 at Betshop 2.00.

In the other game of the group, the San Marino welcomes strong Russia. The Russians have qualified for the next round, but any result other than a big win will be a surprise. The recent defeat by Belgium is motivating, as does Jubbia chasing Kane on the scorer's list (he has three fewer) and Kerzakov's record. Statements are the type to help him Jumbia to achieve as many goals as possible today it is quite possible to score at least twice, With the Stoiximan is paying for it on 1.75. For those who want to risk a little more hat-trick plays at prices near 3.25.

Finally, at The Netherlands - Estonia the hosts with the "X" of last season's lockdown qualify, the climate is festive and vis-à-vis weak Estonia it is clear they can entertain the impressions. It doesn't matter who will fight (probably inside the missing Debbie), as its roster has great quality and the opponent is weak. I expect them to come out strong and take at least two goals in the first half. Our selection of the Dutch -1,5 handicap at 1.975 at Bet365.