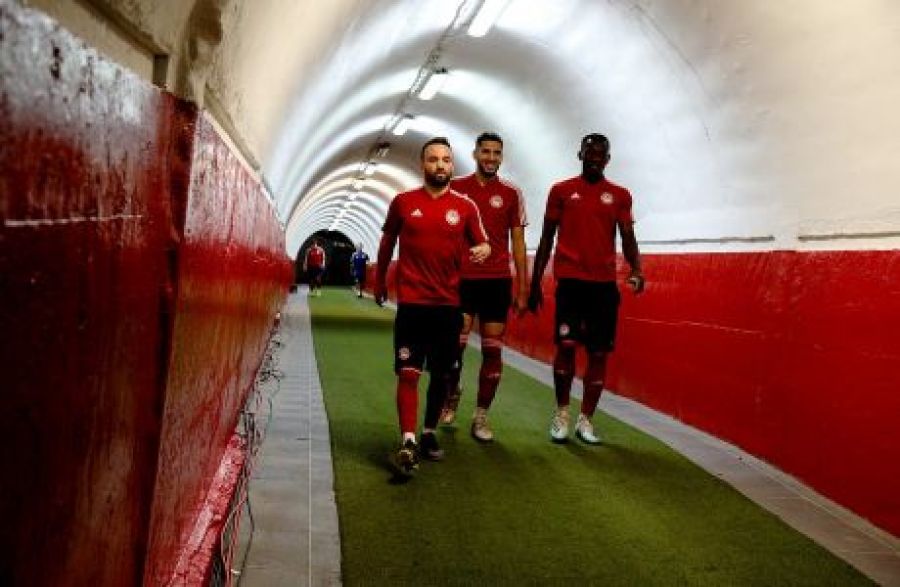 Betting Predictions: "The Battle with Arsenal"

Thursday and today in the main plate of the coupon we have the first races of their phase '32' of the Europa League. We have Greek interest in Faliro where Olympiacos welcomes Arsenal.

The big battle of Olympiacos is playing with 0% rake *!

First match between the teams for the '32' phase. The away goal rule applies. He is rematching next week in London, where if Athens scores again, an extension and a penalty shoot-out will follow.

Of the "European" couples that have traded this one as teams have clashed 8 times in the past, with 2015 the latest. (4-0-4 record) Olympiacos at home has a 7-4-4 record with English teams while Arsenal 3-1-5 in Greece.

Olympiacos was the only Greek team in European clubs this year. After coming up 1-0 in his last game with the Red Stars, he finished 3rd in the 2nd Champions League and got the ticket to the Europa League. This will be the 7th appearance of the reds at 32. Just a win in his knockout appearances at Europa League level against Rubin Kazan in 2012. (1-4-8)

The champion of the Greek championship comes from the imposing 4-0 over Panionios sky. He cleaned up the match early Saturday (3-0 just at 9 ') and then managed as he followed a fire program in and out of the border. On Sunday comes the top-tier derby in Tuba with PAOK and in a week's London rematch. He has an undefeated streak of 18 games in all competitions.

In Piraeus they take Arsenal matches very seriously as both Martins and Evangelos Marinakis in their statements supported the players and spoke of qualification and new successes.

In the racing news except for a long time Sundani declared on the European roster. But beyond that are the newly acquired Mor, Hassan and Kafu, as well as Bruno and Christodoulopoulos.

Here you play Olympiacos - Arsenal with 0% rake * and super odds!

Arsenal, which disappointed in its first half of the season "at the border", took first place in the 6th Europa League group and the ticket for the sequel. After many years in the Champions League for Arsenal, it will be just her third appearance in the Europa knockout as she has been involved in it since the 3-17 season.

He would not say good on the institution, as he reached the semifinals last season and 17-18. The game is important for the technician Michel Arteta as he will be making his debut as a 'first' technician in a European game.

Arteta is expected to reduce club rotation in double games with Olympiacos. Ozil and Torreira were not included in the mission to Athens. However, Gentuzi is normally calculated. In addition to the newly acquired Buck Soares and long-time Chambers and Tierney.

Offensive style is presented by Olympiacos in his European home games this year. The "karaiskakis" has been a difficult place for many opponents in the past. Arsenal are called upon to score and make their lives easier with a view to revenge. After all, he did in 8 of his last 9 games in Europe. We will choose Over2.5 to 1.80 on PameStoixima.gr. Special bets are worth chasing Obameyang at 4.90.