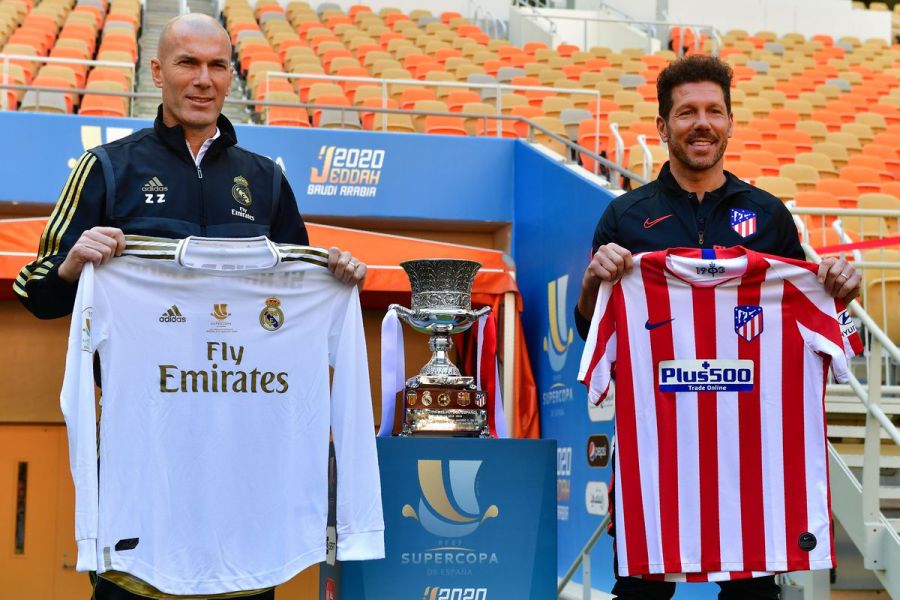 Bet Predictors: With 2.08 in the Spanish Super Cup final

In Italy yesterday, Lazio took the derby against Napoli 1-0 and climbed to 3rd place and 4 points from the top, with a race less than pioneer Inter, who must feel lucky to stay in the draw. Atalanta, as Gasparini's team lost in the 88 'for 1-2.

With Lazio proving he is in great shape, we now have three suitors for the title. Of course, the first favorite remains the Juventus, who today has a great opportunity to return to the top with a win at Roma. The Romans are coming from Gela with Turin and continue to have some good absences. Tradition may be against it Great Lady (her last win in 2014), but we think she outperforms all others and is capable of escaping with a three-point lead from Olympic. The "double" is a key selection of the Stoiximan 2.17 column. (o Stoiximan offers the race with 0% rake).

Of the other Serie A games, candidates to end the draw they seem to be Verona-Genoa and Udinese-Sassuolo. Genoa with Nicolas on the bench showed improvement and ignores defeat in the last 2 (1-1-0). Verona are more comfortable in scoring and probably a draw will not hurt anyone.

Something similar applies to Udinese-Sassuolo. Both are close to the rating. Udinese is coming off two consecutive (but marginal) wins and a point against Sassuolo who wants to return to the positive results as they come from two consecutive defeats that they did not deserve.

At Greek Super League it is likely goal / goal at Asteras Tripolis - OFI at 1.95 by Bet365. Olympiacos has a tough job at undefeated Lamia headquarters, but he will still find it difficult to ... get through. Probably 2 & under3,5 at 1.85 Betshop. In the big biceps derby, PAOK will get the knife in the teeth to lay the groundwork for his first derby victory in the championship. The 1st half / 1 final is offered in odds near 2.40.

In France n PSG is in dire straits for Icardi (17 goals in his last 19 games) and scores with ease. Monaco's defense will hardly keep their Ikardi-Ebabe-Neymar bullets. We see a lot of goals and potential scorers in the three aforementioned.

In the Spanish Super Cup final we have the Madrilenic derby, between Real and Atletico. Atletico Madrid against Barcelona found offensive moments, notably the Blaugrana's defensive weakness. Now, things will be different, and when it comes to a final, the tie is in most cases the first point. We will go mwith a tie at halftime at 2.08 at Goalbet.

SuperLeague Interwetten Competition: Start of the 2020/21 season - The coupon at the base
The contest that was adored while everyone else is here, albeit with a slight delay of a week. Gifts and surprises per week, but most importantly fun, company, memories. Watch this ... Read more
EVALUATION OF ORGANIC