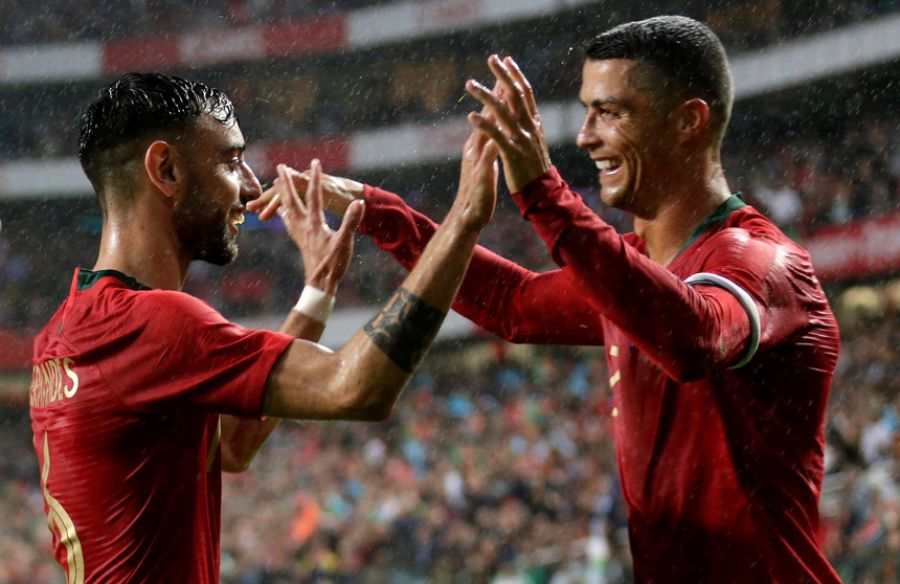 Just two races before the finish Euro2020 qualifiers, the competition has come to its final straight and today several teams have the opportunity to check their ticket to the final stage to be held in different cities across Europe.

Today this program includes seven races with them hosts to have their honor, as (almost) everyone is offered as strong favorites by betting in order to prevail.

The two games have a strong scoring interest and they will literally ... fall bodies carried into Turkey and the Czech Republic.

The Turks After a difficult run against Albania (with a goal in 90 ') and a great draw at the French headquarters (1-1) they are at the top of the group and have a clear lead in qualifying. With a series of 6-1-1 they have long shown their potential and today are playing for two results, as if they do not lose they will qualify. On the other hand, the Icelanders have a remarkable set and will play their part, as they will only remain in the qualifying bay with victory.

The Turks will line up without the key Tossun (Everton) base, while the doubters are also given the key Kahvetsi (center) and Emre (center). The Turks have kept their focus intact in the last 6 / 7 home games (official or not) and have the best defense in the group (just 3 passive goals). At home they usually have control of the match and we do not think they will want to pace the game as it is not their interest. Good chances for under2,5 at Betshop's 1.77.

On our Czech Republic - Kosovo if not defeated, the hosts will be in the final leg with one leg as they travel to the last and indifferent seat of Bulgaria. Nevertheless, Kosovo has shown positive results and a strong battle is expected. From the point of view we will fold, but in a game with such intensity we can look at the cards. Kosovo over3,5 cards are offered at Betshop's 1.91, while it's worth looking for the odds of a red card playing on the same betting 4.00.

The English are easily expected to prevail, against a much lower quality Montenegro. Of course the ace plays at a ridiculous level, but if combined with goals (the English have the third best attack in the Qualifiers) he climbs to tolerable levels. The English 1 + over3,5 on Stoiximan's 1.73.

Finally, the Portugal-Lithuania is a game that all depends on the mood of the Portuguese players. There, Cristiano has a chance to ... put all the pressure he has on Juventus last week and make it clear in the Milan derby on Sunday. We don't rule out a new Christian show with the hat-trick playing at odds near 4.00. We will also take risks Bruno Fernandes of Sporting on Stoiximan's 9.00 may shoot outside the area. Fernandez has a very good shot and is used to getting plenty of effort from outside the area.