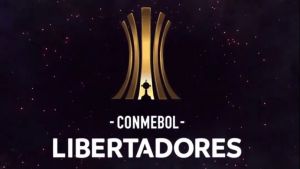 The Asian double and the ace in Copa Libertadores ...

Particularly interesting matches include the current one football coupon of the bet.

Of course, there are not many friendly matches missing, as are scatters from second category championships (Russia / Sweden), Scottish Scottish League and Copa Libertadores.

In fall the "double" of Rosenborg

Norwegian Rosenborg travels to Nicosia to face Bate Borisov. The latter managed to get to the next stage with two goals in the last 10 'of the match with Piasta (lost with 1-0 as 82').

The performance of the "double" in the opening of the odds was up to 4 (!) And it was worth playing there, as Rosenborg is in a fantastic situation (5 has won wins in all competitions) and has a higher quality than her opponent. Bate Borisov showed weaknesses towards Piasta, which the Norwegians can exploit.

Atl. He left for Copa Libertadores

The first match for "16" by Copa Libertadores who finds the host at the championship pace and the guest in the preparation stage.

The Brazilian league is in the 11 racing, having returned to full pace after the end of Copa America, in contrast to Argentina's starting this weekend.

So, this is the first official game of the season for Boca, which gives the advantage to Atletico Paranáse. In fact, at its headquarters it is very strong and comes from a positive turn. Inside everything and the absence of Goleador Benedetto for Boca does the Interwetten 1.97 ace attractive.

News and analysis for the Copa Libertadores will go up a bit ...

The campaign of the "16" phase of the Libertadores Cup with Carcillo from Peru to welcome Nasalon from Uruguay.

The home players ended 2 in their group, while Nasalon in the first showing very good elements in the off-season game winning both the Boca and Toluca stadiums, but lost the last match but did not have a special move towards Barcelona Guayaquil.

I will not extend to a great analysis of the match, just the Peruvians show that they have the upper hand in the draw, mainly due to the absence of the guests. The coach of Nacional, honored Mr. Arumbarena - he is known - did not include in the mission all the known names of the team in order not to hurt them and to have them "fresh" in the rematch, considering that the altitude will play a decisive role and it does not want to burden them in addition. Thus Algaro Recomba, among others in Uruguay, and Sebastián Abreu, also known to the Greek fans from their roles in Panionio and Aris respectively. Besides, both are "advanced soccer age" and the altitude would have a great effect on their performance. Especially at the center, Arumbarena will be a lot of young and inexperienced footballers, but he seems to be confident.

Karllaso I think he will rely on the advantage given by the head of the headquarters if he wants to have a reasonable hope to get to the quarterfinals of the institution, he is more thirsty for distinguishing since he is a completely new team that 2009 was founded and of course in the past has not reached such a major organization.

I can not explain the reason that the performance of the champion has gone up in the last hour, Nassall I think he is not in the best situation judging from his last results in the domestic championship and very hardly will claim that having both the absent and the altitude face up.

However, because the match is beyond my reach, I will be playing with a small stake in Aces, I prefer the most unknown tournaments - at least the least common - as you may have noticed.