Uruguay and France are counted in the first time game for the eighth round of the event.

He has passed with three out of three from the group the "Select" with victories over Saudi Arabia, Egypt and the organizing Russia. In the phase he eliminated Portugal with 2-1 with two goals by Edison Cavani. He has offered a lot on the strike line along with the other aggressive Luis Suarez. It is a hard-core team with great homogeneity in its game. She puts a lot of weight in her inhibiting function. Peckerman has tied the team a lot, and he's aiming for something more.

On the other hand, France, which also has players with tremendous experience and talent, was the first in its group. He won the 2-1 victory in Australia, then won with Peru's 1-0 in a non-good game but managed to prevail, while a white draw with Denmark came to an end, a result that was commented upon very much with the tie went hand in hand to the next stage. Where he found Argentina and offered us a very good and attractive match. With Kilian Bappe being in excellent condition he qualified with 4-3 in a sports advertising match. Didier Desember's team has high-class players on all lines. Cadet-Matuiti-Pugba on the shaft, and has a strike line that would envy each team with Griszman, Bappe and Zirou.

I expect we will see a good and fast game. The two teams have prefigured for big things and I will go with 2.5 over 2,60 +.

Also a special bet is the cards in the match, especially with the Uruguayans having enough "yellow stamps". 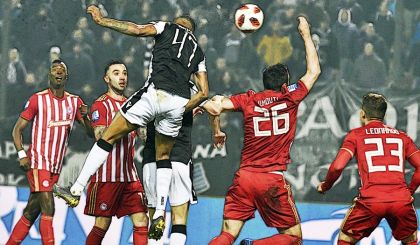