Achilles Beau's team showed from the outset a sample of its potential, a comfortable double with 1-2 in Nea Smyrna over Panion, the reduction in 92 '. 2 a great Munth goal, good football and serious tactics. The looks for 6ada and Playoffs, which is a big target, though bright, seems reasonable. Questioning the presence of the crowd, the fans in the city are divided, depending on the opinion of the president. The biggest transfer of the team, stepper Basong (former Tottenham Hotspur, 5 years Norwich, 158 participation in the Premier League) was injured and will be injured. stay for some time outside.

Mournful and mournful for Mars, Gela is considered 1-1 by OFI. He came in early, miserable first half, in the second pushed hard, took phases and in the end is entitled if he feels unharmed by X. Tragic execution by Diggin in - yet for the team - missed penalty, great opportunities by Innex, who asked for X without getting it. The Nigerian is likely to stay on the bench, but in addition to the missing goal he gives things to his team with his play. The difference in fitness in the second half against the opponent is evident, due to the readiness needed for Europa's qualifiers. Velez (Center Buck) and Bassa (cutter / stopper) will be missing again.

Very interesting match in Volos, ambitious hosts will want to make 2 / 2 against a team which if not a playoff will be considered a failure. Mars will also have people at his side, showing a difficulty in goal, but more due to misfortune and impotence rather than a lack of productive play. Good enough and Volos in the offensive, so goals and goals 2,5 at 3.00 Bet365 shows up to value, with the corresponding risk involved in such a choice in the Greek league. Interestingly though, the stats from the premier games, 6 / 7, were goal-scoring goals (the only Olympic goal-star that could have come up with that too). 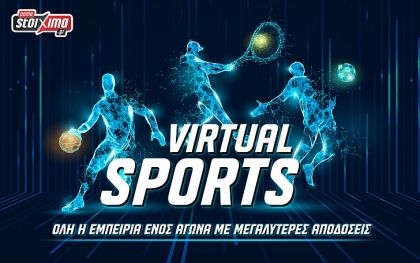